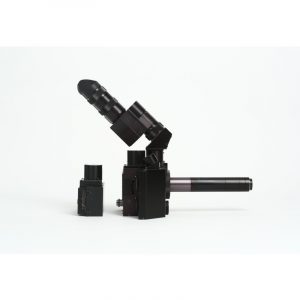 This was the equipment used by the Stasi in the 1980s to keep tabs on goings-on in closed rooms. Enabling operatives to view proceedings from an adjoining room, the East German security services were able to spy on flats and even whole hotels. Installed in a wall, only a few millimetres of this Carl Zeiss (Jena) Jo-1 pinhole objective protruded from the masonry, camouflaged in an installation. Fitted with binocular viewer on the other end, the observer could watch proceedings comfortably – in 3D – even for long periods, just like looking down a microscope.

Some hotels in the GDR were riddled with s 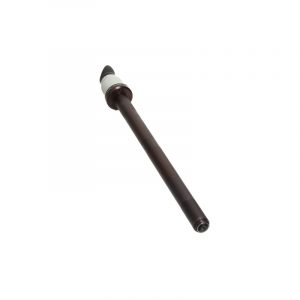 uch technology. Attempting to spy on senior figures from the Capitalist West at international events like visitors to the Leipzig Trade Fair, or popular holiday destinations, the Stasi installed their camera technology, or made use of hotel surveillance equipment. The Neptun Hotel at Warnemünde or the Grand Hotel (to day the site of the Westin Grand) and Palast Hotel in Berlin (then opposite Berlin Cathedral) were used as locations in which to trap foreign guests in compromising positions. Taking compromising pictures of the guests (often with prostitutes) made it easy to blackmail them into co-operation. Known informally as the Romeo method or the honey trap, the incomparable Stasi idiom referred to it as “creating the operative pre-requisites for compromising the leading cadre of the enemy organizations.”