As the frontier of the Cold War after 1945, where East met West, Berlin soon acquired a reputation as the capital city of international espionage. Divided between the Soviets and the leading NATO powers, Berlin brought the representatives of the two blocs into immediate contact like nowhere else.The establishment of the German Democratic Republic (GDR) in 1949 did little to reduce the tensions, merely adding two more players to the game. Seeking to take advantage of the relative ease with which people could cross from East to West and back again, the world’s agents came to evaluate what in the 1950s provided the best source of intelligence: people.

East Germans escaping to the West via the open Berlin border were subject to close interrogation about life in their former homeland, whilst staying in emergency accommodation centers such as Berlin Marienfelde. Some agents even managed to convince the refugees, so recently arrived from the East, to return to the GDR and spy for them there.

The early period also saw the development of more sophisticated methods of spying – in the mid-1950s, the American and British intelligence services tunneled 450 metres underneath East Berlin and tapped into important telephone wires. »Operation Gold« as the project was called was betrayed by a KGB double Agent who worked for the MI6 and the Soviets later »discovered« the operation. 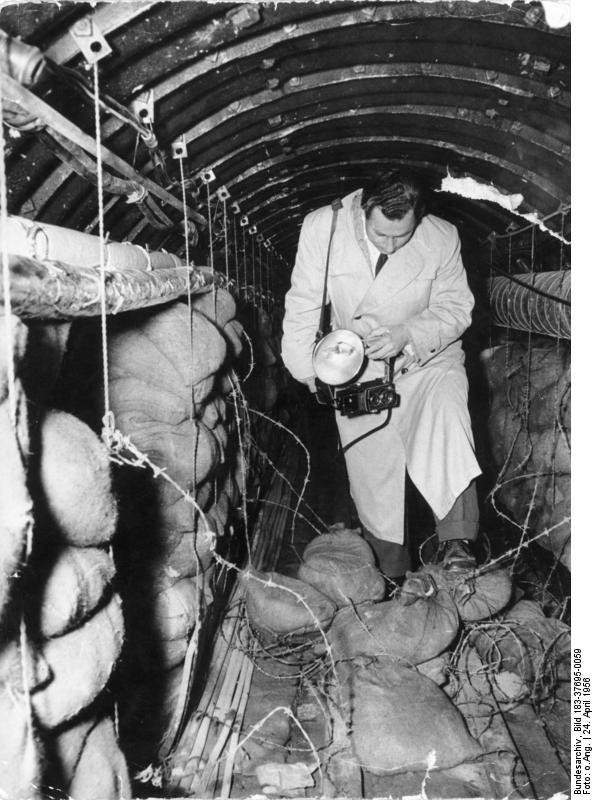 The construction of the Berlin Wall in 1961 – built to stop the migration wave from Socialism to Capitalism –  complicated the espionage situation in Berlin, as it was now almost impossible to pass from East to West. The next thirty years saw a shift amongst Western espionage agencies to a technical approach to intelligence-gathering; the most visible monument to this period is the Field Station Berlin on the Teufelsberg.A state-of-the-art listening post in a prominent position enabled the American and British intelligence services to listen in to the radio traffic of the Warsaw Pact. Further high points of the Cold War were the three exchanges of agents between East and West made on Glienicke Bridge close to Potsdam and the subject of major media interest.

All these and many other stories can be traced in their fascinating detail at the German Spy Museum Berlin. With a range of unique testimony from eye-witnesses, original espionage equipment and modern multi-media installations, the exhibition provides a unique slant on what represents an often breath-taking story. For example, our interactive SpyMap pinpoints the location of historic events, persons and locations across Berlin. The modern appearance of Berlin often obscures what is a fascinating past and can only be accessed by a visit to our museum. 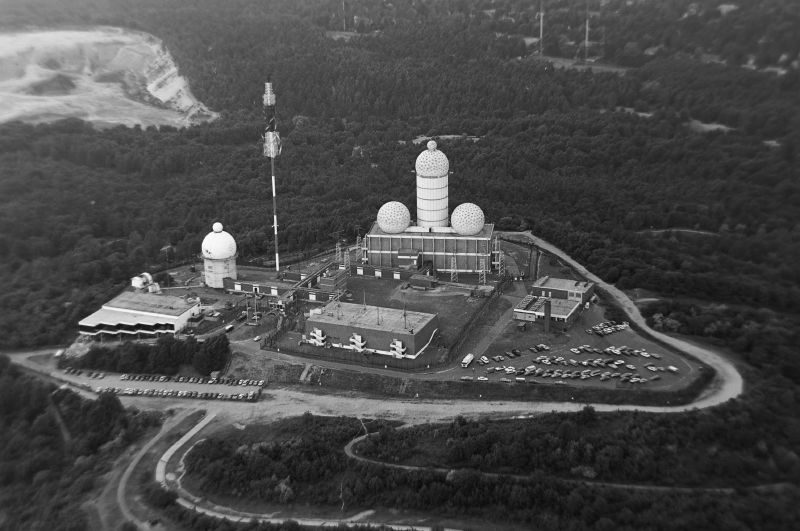 The interactive SpyMap of Berlin imn the German Spy Museum

After the fall of the Iron Curtain

The period between the end of the Second World War and the collapse of the Soviet Union was one of the most spectacular phases in the history of Berlin-based espionage. Nevertheless, a number of agents still stalk present-day Berlin. Hans-Georg Maaßen, the head of Germany’s domestic intelligence service told a newspaper interviewer in 2013: »Berlin is the European capital of intelligence operatives.« Even without access to his sources of information, the average pedestrian can believe the evidence of their eyes: the German overseas intelligence agency BND is set to move to a new building in Berlin by 2018. A number of strange objects have also begun to sprout on the roofs of embassy buildings – experts suspect the installation of secret spy technology. The German Spy Museum Berlin also focuses on these modern-day spies. 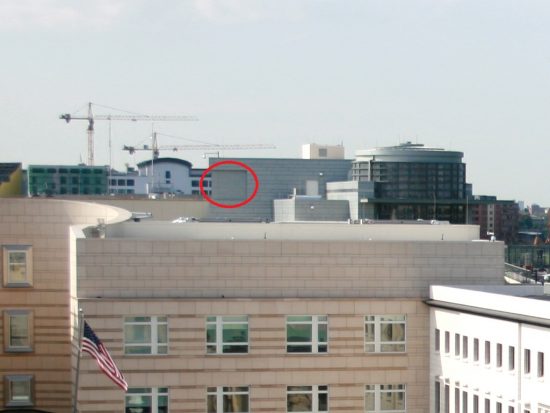