Stasi agents abroad used this encryption device to send coded messages to their superiors in East Berlin. The most well-known user of such a device was the West German Rainer Rupp (codename Topas) who spied for the East Germans at NATO Headquarters in Brussels between 1977 and 1989. With clearance to access top secret military plans, he betrayed a great deal of information to the Hauptverwaltung Aufklärung (HVA), the international espionage wing of the Stasi. 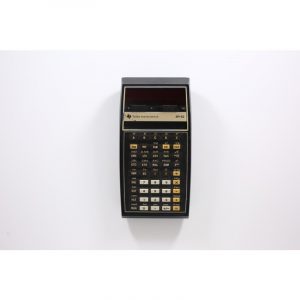 Developed by Stasi technicians in the Operativ Technischen Sektor (OTS) the device enabled operatives to send simple short urgent messages quickly and easily. Housed in a commercially available pocket calculator, the device could be carried about without raising any suspicion. The operative needed only insert a needle into a tiny hole to change the mode of operation from calculator to communications device.

Speaking to the German Spy Museum, Rupp explained how to use such a device. The agent first needed to translate the message into number form using a special code. Entering this in the keypad, the message was then transmitted in a telephone kiosk to prevent the call being traced to the agent. Calling the grandmother of a colleague in East Germany, Rupp said hello and then passed on his message by holding the encoding device to the telephone receiver. The information was sent with an acoustic coupler which was capable of transmitting digital data via an analogue telephone. The Stasi needed only to convert and decode the message.

Such technology enabled Rupp to continue his work for over twelve years. Only the end of the GDR and the opening of the archives revealed the name of the man behind the code name Topas.