The documents released by the US whistleblower Edward Snowden revealed that Gerhard Schröder was under surveillance by the NSA during his terms as Chancellor of Germany (1998-2005), listed as number 388 on the National Signit Requirement list. It is unclear just what information the Americans gathered from him; the even more interesting question is whether the NSA managed to hack in to his encrypted mobile telephone. 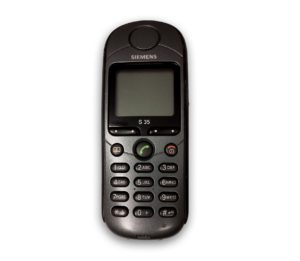 The TopSec GSM cryptophone used by Chancellor Schröder and on display in the German Spy Museum was the first ever mass-produced encrypted mobile telephone. It was based on the Siemens S35i mobile telephone developed as a joint venture between Siemens and Rohde & Schwarz, a leading provider of IT security solutions. After buying the Siemens hardware encryption division, Rohde & Schwarz developed the TopSec GSM to become the state-of-the-art device of its time. It had the appearance of a normal telephone and could be used as such. If the user wanted to activate the encryption function, he pressed a special softkey before pressing the call button. This activated a micro encryption module no larger than a postage stamp. 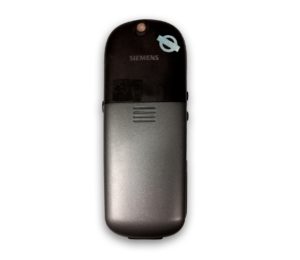 Using end-to-end encryption, the TopSec GSM simulated language transmission via a GSM data channel; the connected devices exchanged a 128 bit key using a random selection of 1038 available keys. Safe communication could therefore only be ensured if both communication partners had a cryptophone or an ISDN telephone connected to an encryption module. The practicalities involved meant that the TopSec GSM was usually sold in sets of two. 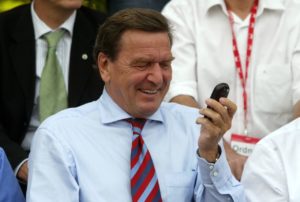 Chancellor Gerhard Schröder in 2005 with his TopSec GSM Cryptophone [imagoContrastPo]

Security comes at a price

The TopSec GSM was commercially available but coming at a price of almost 5,000 DM, it was only ever used by government authorities or companies with industrial secrets to protect. German Chancellor Gerhard Schröder used this model between 2004 and 2005. He was not the first politician to use such a device; that honour went to the Minister of the Interior at that time, Otto Schily, who was issued with a prototype version of the TopSec GSM. The selling point of the phone – its security – was an advantage for him, but meant that his own domestic security service would no longer be able to tap into every conversation that they wanted to hear. After all, others could buy the expensive toy.