The work of intelligence agencies is not restricted to infiltrating other countries; they also need a strong counter-espionage section to keep the secrets of their own nations safe from the prying eyes of their competitors. During World War Two, the police and intelligence services of the Third Reich expended much time and resources looking for enemy signallers who transmitted information to the Allies.

The majority of radio direction finding equipment used in the 1940s was large-scale in nature and had to be transported by lorry. As such, they were inflexible to deploy and easy to spot once in operation. Seeking to surprise enemy agents, the German police developed a radio direction finder that was small enough to be worn around a persons’ midriff. After it had proven successful, the device was provided to all German intelligence organizations. 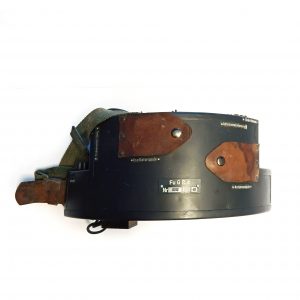 The Gürtelpeiler is a seven-tube super heterodyne receiver for processing high-frequency electromagnetic radio signals. It was built by Kapsch, then as today, a leading international telecommunications and telematics manufacturer. The multi-stage structure of the Gürtelpeiler permitted the use of various intermediate frequencies; it could detect of transmissions between 3 and 20 MHz. Most effective at a range of 1 km, it could intercept signals sent within a 3 km radius, depending on the nature of the terrain in which it was used. 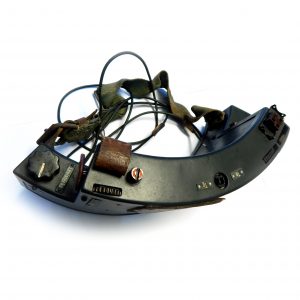 The relatively small dimensions and the oval form of the device meant that it could be strapped around the torso of an agent and hidden by wearing a large overcoat. This probably makes it the world’s first wearable and concealable radio direction finder. The agent wore the main antennae of the device around his neck. As the use of normal earphones would have given the game away, the agent used a mini earpiece. A signal strength gauge integrated in a dummy wristwatch enabled the operative to locate the transmitter. All this meant that the agent could blend into the background. 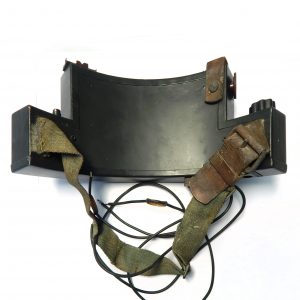 This device served as the prototype for a range of portable radio direction finders developed and used in the Cold War. The German Spy Museum owns two such devices from either side of the Iron Curtain: the West German PE-484 from the 1950s and the Soviet FILIN from the 1970s (see picture below). 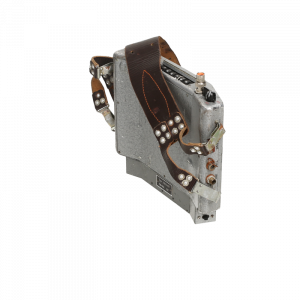