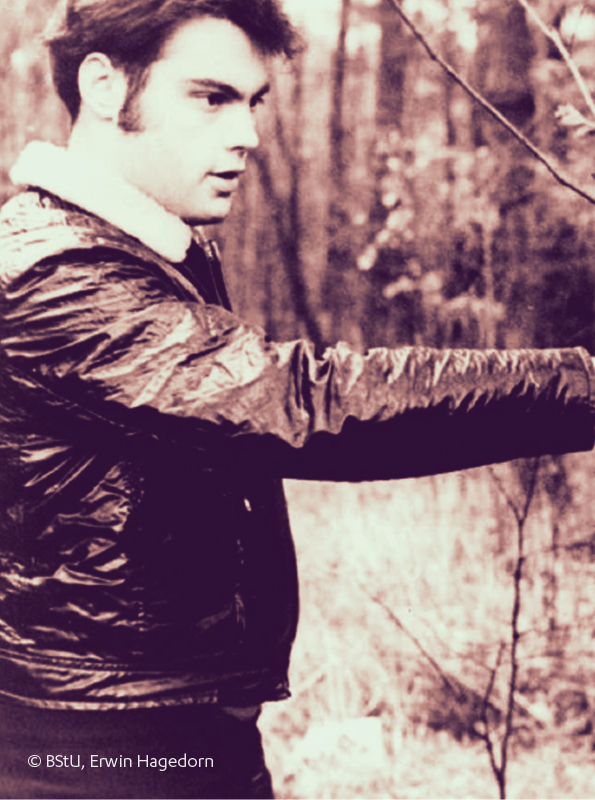 A serial killer became a security risk in East Germany

They disappeared in the middle of the day: three children died horribly in Eberswalde in 1969 and 1971. The perpetrator was only caught after lengthy, complex investigations.

This case clearly stands out among the serial murders in the GDR. Not only because of the particular brutality, but because the investigators used unusual methods: the People’s Police and State Security publicly searched for the murderer, with posters and newspaper appeals. In addition, for the first time in East German criminal history, a perpetrator profile was created, a so-called profiling. With success: 19-year-old Erwin Hagedorn was caught – and sentenced to death under GDR law, which did not provide for special treatment for adolescents. In 1972, an executioner shot him in the neck at the central execution site in Leipzig.

In his recently published book »Blutrausch – Der Fall Erwin Hagedorn«, Marko Kregel documents a comprehensive and detailed chronology of the events for the first time. The influence of the Ministry for State Security on the investigative work indicated a danger that seemed to unsettle the GDR.

We show original videos of the GDR investigators with the serial killer Erwin Hagedorn.