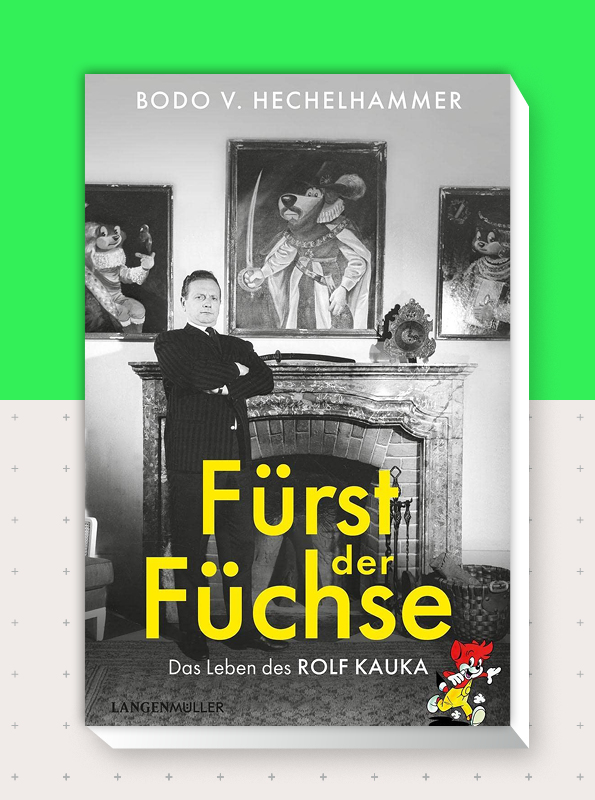 The lord of the foxes

The adventurous life of Rolf Kauka

Paul Rudolf “Rolf” Kauka (1917-2000), the comic pioneer and self-proclaimed German Walt Disney, is considered the most successful producer of this genre in Germany. Kauka created over 80 comic characters, most notably the legendary fox twins Fix and Foxi. He also led famous foreign series such as Asterix, Tintin, The Smurfs and Lucky Luke to success in Germany. Kauka was a self-made millionaire, a cold warrior with a brown past and maintained the best contacts with West German secret services.

In a biography, BND historian Bodo Hechelhammer now recounts the dazzling, controversial and dark life behind famous comic heroes like Asterix and Obelix, whom Kauka tried to Germanise ideologically.

Hannes Hegen with his Digedags was not such a dazzling inventor figure in the GDR. But the success of the comic magazine Mosaik (from 1955) was certainly equal to Fix und Foxi. Literary historian Matthias Friske knows that here, too, political and ideological colourings were painted beautifully for both young and old comic fans. So did comics serve as colourful propaganda tools in both East and West?